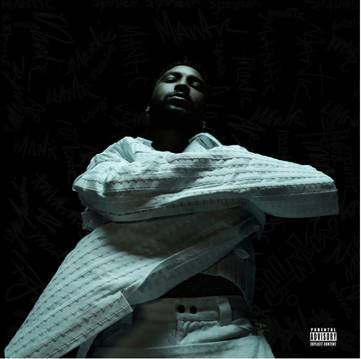 In anticipation for his upcoming album, MANTIC, which is set to hit all streaming platforms on May 29, grammy-nominated singer and vibe curator, Ro James, has officially dropped his new single, ‘Too Much’ ft. Miguel.

This follows the release of last weeks smashing hit record, ‘Plan B’ ft. Brandy, which managed to land the pair a spot on Variety’s “Top 5 Songs of the Week”.

At just 15 tracks, the album will include features from some of the most notable names in R&B, including Miguel, Brandy and Masego. MANTIC will also feature James’ previously released tracks ‘Last Time’, which has currently over 10 million streams and views worldwide.

Born in Stuttgart, Germany to a military father turned preacher, Ro James found himself moving around for most of his childhood. From Indiana, California, Hawaii, Oklahoma to the place he now calls home, Jamaica, Queens, music was always at the forefront of James’ life. He credits his musical inspirations to artists such as Johnny Cash, Prince, Tupac, Jodeci, and more.

His debut single ‘Permission’ was released in late 2015, and catapulted his career to the next level, by appearing on top of the Urban Adult radio chart for 10 weeks in a row. ‘Permission’ was also the lead single from James’ debut album ELDORADO (2016). ELDORADO entered the charts at #3 on The Billboard R&B Albums Chart, and #8 on the Top Hip-Hop / R&B Albums Chart. The success of the album earned him nominations for Best R&B Performance at the 59th Annual Grammy Awards, Best New Artist at the 2017 NAACP Image Awards, and Best New R&B Artist at the 2017 iHeartRadio Music Awards.

Listen to Ro James’ new song, ‘Too Much’ Ft Miguel below, and keep a look out for his new album MANTIC—available to stream on all platforms May 29.