Coming to HBO This Summer From Jordan Peele and J.J. Abrams

ON: May 6, 2020 BY: Alex Bonet 0 COMMENT STORIES
entertainment film/tv 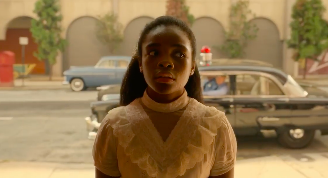 From the creators of some of Hollywood’s largest science fiction and horror thrillers, such as Get Out, Us, Cloverfield and even Star Wars, comes a new horror series presented by HBO that may just remind us that not all horror lives within the supernatural.

Set to be released this August is HBO’s ‘Lovecraft Country’; a horror inspired thriller set within the Jim Crow era of the United States. The show, which is expected to be produced by Jordan Peele’s Monkeypaw Productions (Get Out, Us) , as well as J.J. Abrams’ Bad Robot Productions (Cloverfield, Star Wars: The Rise of Skywalker), is based off of Matt Ruff’s novel of the same name, and aims to present a modest blend and examination between some of America’s most chilling tales and fables, and the racism that accompanied the spirit of the United States during the 1950’s.

The show (and novel) gain inspiration from the ever so talented H.P. Lovecraft; a literary genius who many associate to be the father of American horror and gothic literature. His many creations such as ‘Cthulhu’, have become a worldwide phenomenon, and have created and inspired the works of many authors such as Stephen King (Carrie, It) and Neil Gaiman (The Sandman, American Gods).

HBO has yet to release an official date for the premiere of the show, but expect the show to be released this summer.

Check out the trailer below for HBO’s ‘Lovecraft Country’.