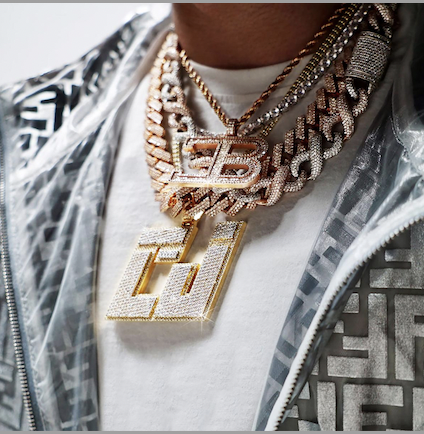 LISTEN HERE
FEATURING FRENCH MONTANA, ANUEL, OZUNA, DREAM DOLL, AND MORE
UNLEASHES STEAMY “LIL FREAK” VIDEO FT. DREAM DOLL
WATCH HERE
Staten Island rap maverick CJ drops the star-studded deluxe edition of his triumphant Loyalty Over Royalty EP. Propelled by high-profile remixes of his 2020 smash “Whoopty,” with guest stars ranging from Rowdy Rebel and French Montana to Anuel AA and Ozuna, the deluxe edition lives up to the rising expectations that CJ’s rapid success has set up for him. Listen HERE. It also arrives alongside a luxe, celebratory video for new single “Lil Freak” featuring Dream Doll. Watch HERE. Both the EP and the visual prove what listeners already know: CJ is a star, crowned first by his city and, now, the world.
The EP’s two remixes unspool the colorful DNA of “Whoopty.” There’s an “NYC” version, with city legends Rowdy Rebel and French Montana taking that iconic Bollywood sample for a spin. And then there’s the “Latin Mix,” a homage to CJ’s Puerto Rican roots, on which he’s joined by Anuel AA and Ozuna. Also on the deluxe is the brand-new “Lil Freak,” a song sure to score every indulgent party as the world emerges from lockdown. Over a grand bed of horns, CJ raps in his punchy, drill-tinged flow about needing a “lil freak,” before Dream Doll floats in, professing her own desires for a man who’ll please her. The video is all excess, with CJ living it up in his finest summer wares surrounded by women. He’s made it, and he wants us to know.
It’s a feeling that’s more than earned. Loyalty Over Royalty Deluxe follows an incredible year for CJ- “Whoopty” was inescapable in 2020, accumulating hundreds of millions of streams, landing on Spotify’s coveted RapCaviar playlist, and hitting #10 on Billboard’s Hot 100. CJ’s peers loved “Whoopty” just as much as fans did. He got cosigns from a slew of big names including Cardi B and Wiz Khalifa, and publications like Complex and New York Times named the track among the best songs of the year. With the deluxe edition of Loyalty Over Royalty, CJ will no doubt continue his hot streak and bring even more attention to his city’s colorful scene.
CONNECT WITH CJ:
Instagram | Twitter | Facebook | YouTube