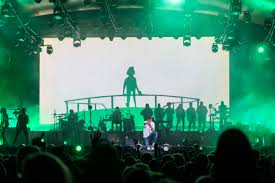 The series will be recorded in the band’s Kong Studios and will also feature conversations with the guest collaborators. While the band will not be posting on a regular schedule, they do promise episodes throughout the year. The first episode “Momentary Bliss” featuring MC Slowthai and Slaves will premiere on January 30.