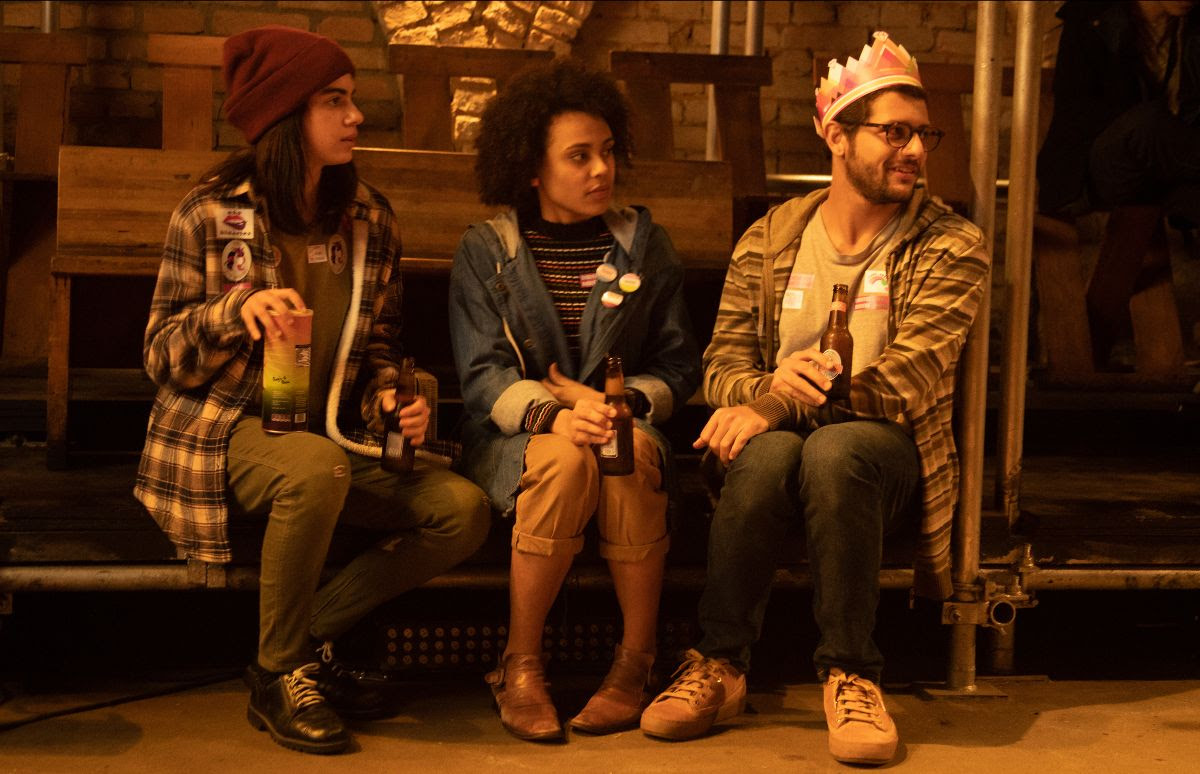 “TODXS NOSOTRXS (HE, SHE, THEY)” is an eight episode, half hour series from HBO Latin America under the general direction of Vera Egito. The series follows the day-to-day lives of its three protagonists Rafa, Vini and Maia in the LGBTQIA+ community and deals with subject matters often found within the community such as understanding, inclusion, acceptance and the use of inclusive language.

New episodes of “TODXS NOSOTRXS (HE, SHE, THEY)” debuted weekly on HBO Latino beginning Friday, March 27 and will simultaneously become available to U.S. subscribers on HBO NOW, HBO GO, and partner streaming platforms.

The series stars Clara Gallo who plays Rafa, a young, 18-year-old, non-binary pansexual who decides to leave their family and move into the home of their cousin, Vini (Kelner Macêdo), in São Paulo. Vini already shares the space with his best friend Maia (Julianna Gerais), and both are surprised to discover that Rafa identifies with a neutral pronoun and not with the female or male gender. Upon arriving, Rafa explains that they are Vini’s gender-neutral cousin and not his male or female cousin.

Created by writer and director Vera Egito, along with Daniel Ribeiro and in collaboration with Alice Marcone and Thays Berbe, “TODXS NOSOTRXS (HE, SHE, THEY),” was produced by Luis F. Peraza, Roberto Rios, Eduardo Zaca and Claudia Clauhs from HBO Latin America Originals; Gil Ribeiro, Marcia Vinci and Margarida Ribeiro from Coiote, and Heitor Dhalia and Egisto Betti from Paranoïd Filmes.