Khalid and Disclosure Drop ‘Know Your Worth” Feat. Davido and TEMS, Out Now! 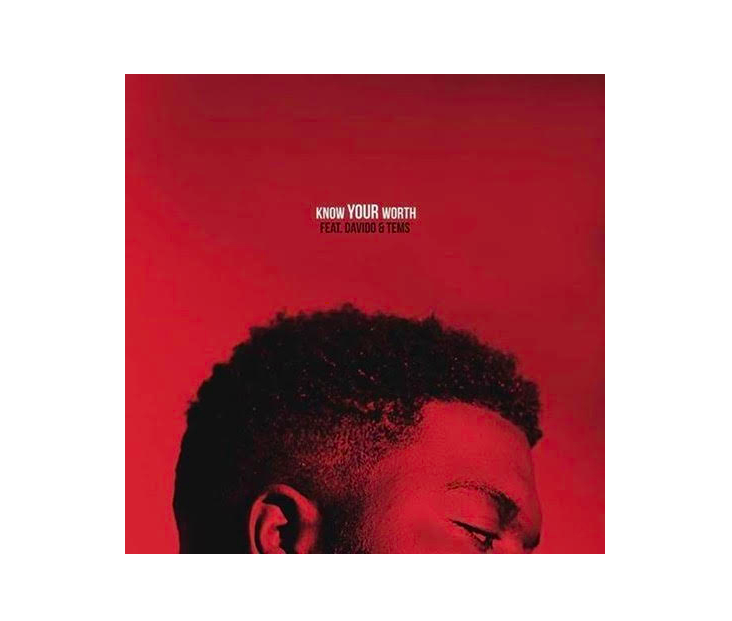 Just released, and in time for your new weekend playlist–Khalid and Disclosure drop the remix to their hit single, ‘Know Your Worth’, feat Davido and TEMS. The track was officially released via Right Hand Music Group/RCA Records, and was produced by London-based producer, P2J, who has worked with legendary artists such as Beyoncé and Chris Brown.

Click the link below to listen and stream Khalid and Disclosure’s brand new song, ‘Know Your Worth’, featuring Davido and TEMS, now!

If you haven’t already, check out the original video and track, which has gathered more than 144 million audio and video streams combined, below!

Khalid
Multi-platinum selling global superstar Khalid, who was named one of Time’s Most Influential People of 2019, has taken the world by storm since his first single, the 5x platinum “Location” (released right before his high school graduation) exploded onto the scene leading to a major label deal with Right Hand Music Group/RCA Records followed by the release of his debut album, the double platinum certified, American Teen. His sophomore album Free Spirit, released to critical acclaim in 2019,  was declared a New York Times “Critic’s Pick” and was called “superb” by the Associated Press. The album, which has been certified platinum by the RIAA, debuted at #1 on the Billboard Top 200 and features the Grammy nominated multi-format #1 single “Talk”. Free Spirit has garnered over 5.3B worldwide streams. Khalid, who has been called a “pop prodigy” by Rolling Stone has been streamed over 16 billion times worldwide across all partners, has been nominated for 6 Grammys and has won numerous awards including multiple American Music Awards, a Billboard Music Award, a Teen Choice Award, A MTV Video Music Award and a MTV Woodie Award . Khalid has collaborated with some of music’s biggest stars including his #1 singles “Love Lies” (with Normani), “Eastside” (with Halsey and Benny Blanco) as well as hits with artists Billie Eilish, Shawn Mendes, Marshmello and more. The Mayor and Council of the City of El Paso honoured Khalid with a “Key To The City” marking September 13th, 2018 “Khalid Day.” Khalid, alongside his mother, launched The Great Khalid Foundation, which is committed to helping families by alleviating a burden of need. Khalid recently wrapped up his “Free Spirit World Tour” which took him to arenas all over the globe in 2019. Khalid kicked off 2020 by releasing his critically acclaimed track “Eleven” as well as his newest hit “Know Your Worth” (with Disclosure).

Disclosure
Disclosure are brothers Guy & Howard Lawrence. This year marks 10 years since they released their debut single ‘Offline Dexterity’. In that decade (they are still only 28 and 25 respectively) they have released two number 1 albums – Settle (2013) and Caracal (2015) – clocked up 4.5 billion streams, 4.5 million album sales, sold 500k tickets to their headline shows and topped festival bills all over the world – something they do with ease whilst also enjoying playing to packed out sweaty clubs whenever they can. Their collaboration with Khalid on new single ‘Know Your Worth’ marked their first musical output of 2020 ahead of the Ecstasy EP which saw the release of 5 brand new tracks across 5 days with the promise of more music coming soon….

Davido
Born in Atlanta, Georgia and raised in Nigeria, 26-year-old Davido (real name David Adedeji Adeleke) has been a champion for the continent of Africa.  Davido released his much-anticipated new album, A Good Time (Davido Worldwide Entertainment/Sony Music U.K./ RCA Records) at the close of 2019. Pitchfork not only named the album “Best New Music” and gave it a stellar 8.3 rating, but stated, “On his second album, the Nigerian pop artist provides not just an integrated sound all his own but a clear vision for its future. It is a buoyant, unsinkable record, one of the genre’s finest ever.” Listen to it here: https://smarturl.it/DavidoAGT. Davido has earned over 30 awards including a MOBO for Best African Act, MTV EMA for Best International Act, three MTV Africa Music Awards, two BET Awards and two Nigerian Teen Choice Awards for “Top Featured Artist” and “Choice Male Artist.” A highly-prolific artist, Davido has delivered back to back hits since his musical debut in 2011. Breaking out with successive singles “Back When,” “Dami Duro,”“Gobe,”“Aye” and “Skelewu,” the latter would enjoy attention from Major Lazer and Wiwek who went on to remix the single. His 2016 Son Of Mercy EP continued his elevation and would see further global collaborations with DJ Snake, Trey Songz, Tory Lanez, Meek Mill, Tinashe, Olamide and more. With a discography attesting to over 251 million global streams and 400 million video views, the Afrobeats forerunner has very much established himself as a force to be reckoned with. Follow on Instagram & Twitter.

TEMS
23 year old TEMS (born Temilade Openiyi) has already distinguished and defined herself as a true artist pushing boundaries in the Nigerian music scene through an unconventional blend of R&B and Soul paired with African nuances. Standing out through pure talent, determination and a gracious attitude, the Nigerian-born singer, songwriter and producer released her first single ‘Mr Rebel’ in 2018 which introduced her to the world, but it was her breakout hit ‘Try Me’ in 2019 that dubbed her as a star. The song and accompanying visuals (HERE) has already amassed over 1.8 million YouTube views, and continues to grow. A media favourite Tems has been featured in publications such as The Fader, Complexand OkayAfrica,and after being nominated for ‘Best Vocal Performance (Female)’ in the Headies 2019 has now been recently dubbed one of‘Soundcloud Premiers’ Artist To Watch’. With a natural style and flair, Tems has built up a genuine fanbase she calls “The Rebels”, who not only admire her as a music icon, but as a fashion one too, which has gained her the attention of major brands such as Nike, Adidas and Daily Paper. With a vocal style described as “incomparable”, the alt-RnB singer has received an outpouring of support from artists such as Burna Boy, Tiwa Savage, Davido, and has recently been co-signed by Wizkid who’s she’s collaborating with this year on new releases. Her music has also received major support from streaming platforms, with ‘Try Me’ being featured on Apple Music’s ‘Top 100: Nigeria’ for the last 8 months since its release and she was the cover for Spotify’s “Phenomenal Woman” playlist during women’s month in March.