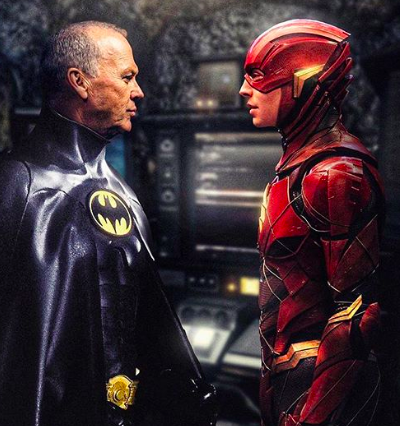 Circulating within the world of entertainment news, Michael Keaton is rumored to reprise his role as the Caped Crusader in an all new Flash film.

Keaton famously played Bruce Wayne in Tim Burton’s iconic and trendsetting Batman (1989) and Batman Returns (1992). For those of us that were born in the nineties, THIS is our Batman (Val Kilmer and George Clooney were okay), and for our more seasoned readers, Pow, Wham, and Zip!

Conversations about a film focused on Ezra Miller’s portrayal of the iconic speedster has been in development for quite some time now, and although details are slim, Ezra Miller has already agreed to be on board, along with Andy Muschietti (It, It Chapter Two, Mama), who is to serve as director for the film.

Filming for the Flash is scheduled to begin next year, with a projected release date for June 3, 2022.