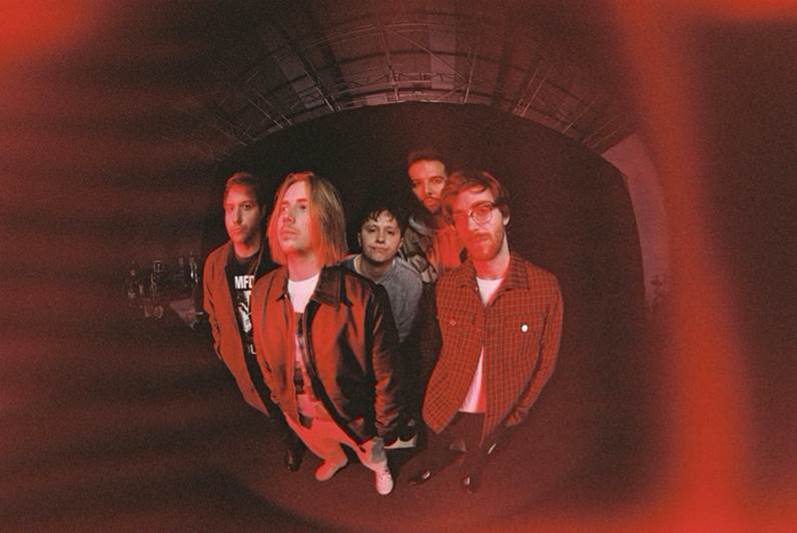 ‘LIVE FROM THE WAREHOUSE’

Southend five-piece Nothing But Thieves have announced an exciting livestream series of shows Live from The Warehouse, which will take place across two dates and three time zones later this month and will see them perform songs from their forthcoming new album Moral Panic live for the first time. The announcement follows the release of recent single and video Impossible and news of their huge UK, Ireland and European tour for Autumn 2021.

Broadcast Live from The Warehouse, via multiple angles in the round, it will be a completely new way to experience Nothing But Thieves, who have a well-earned reputation for their energetic, impassioned and infinite live shows. The band will perform three completely unique sets on 28th and 29th October across three time zones, which will feature brand new tracks from new album Moral Panic, rare songs, old favourites across their previous two albums Nothing But Thieves and Broken Machine, covers and re-imagined tracks.

The band add; “We are living in an unprecedented age of touring. Though we’d love to go on the road now, it’s not yet possible, so we have spent the last few months planning these live streamed shows.”

“Our blueprint was that these streams can’t just be toned down, knockoff versions of a gig. We want to make this a new way to experience the band. We’ll be playing in the round, with new production and multi camera angles at a place we’ve dubbed The Warehouse. It’s certainly been nice to dust off some old songs. Looking forward to seeing this thing come to life in a couple of weeks.”

Tickets go on sale on Monday 12th October at 9am priced at £13 for one show or £28 for all three shows and will be available to buy here. Tickets will give fans access to re-watch the stream for one week after the live airing and tickets will also be able to be purchased to watch any of the shows on demand for two weeks after the shows go live. The full listing of shows is as follows:

Nothing But Thieves have so far introduced their new album Moral Panic with new singlesImpossible, Real Love Song and Is Everybody Going Crazy? and recent release Unperson, amassing over 30million new streams combined so far. The tracks are the band’s first new music since their 2018 EP What Did You Think When You Made Me This Way, their 2017 acclaimed albumBroken Machine, which charted at #2 in the UK album chart, and their debut self-titled album Nothing But Thieves. Their third album Moral Panic will be released on 23rd October, with the pre-orders now live here and Unperson available as an instant grat.

The past few years have been quite a ride for Nothing But Thieves. Amassing 780,000 album sales, over 920million audio streams and over 162million video streams so far, they have built up a loyal and wide following for their impactful alt rock sound, cementing themselves as one of the best current rock bands in the world. Selling 150,000 tickets on their last album campaign, which included a sold-out show at London’s Alexandra Palace and selling out their entire worldwide Broken Machine headline tour, their success has been global.

The band has performed on US TV shows, such as The Late Late Show With James Corden and Jimmy Kimmel Live!, after their debut became the bestselling debut from a UK rock band in the US in 2015 and played packed out international shows from Poland to Amsterdam, where they headlined an arena to 6,000 fans. After intimately debuting new songs earlier this year for a BRITs/War Child gig, they were set to tour internationally this Spring, including a show to 6,500 people at Moscow Adrenaline Stadium. Alongside their 3 livestream shows, they have now announced a new UK, Ireland and European tour for Autumn 2021, including their biggest ever headline London show at O2 Arena. Tickets are on sale now and full dates are as follows:

To Watch/Listen to “Impossible”: