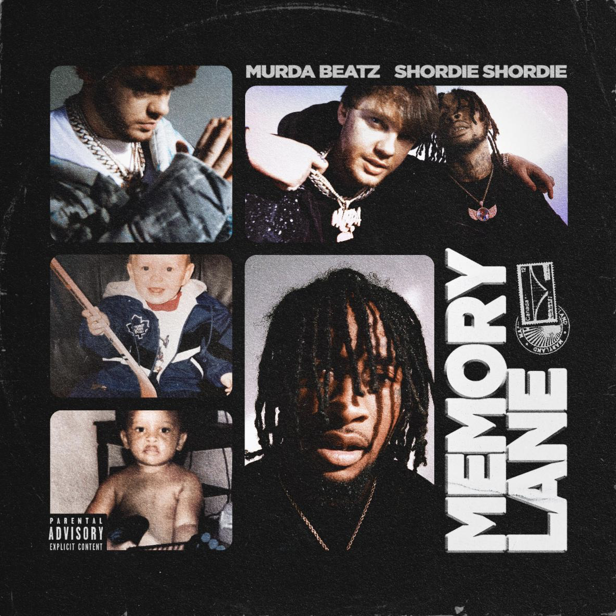 SHORDIE SHORDIE AND MURDA BEATZ DROP EMOTIONAL MEMORY LANE PROJECT WITH NEW VIDEO ON WARNER RECORDS
LISTEN TO MEMORY LANE HERE
WATCH “SAME N***AS” HERE
Baltimore artist Shordie Shordieand hit-making producer Murda Beatz release their emotional collaborative project, Memory Lane. Listen HERE. The project arrives with a glowing new video for “Same Ni***as.” Watch it HERE. After recording a few songs together in 2020, Shordie and Murda quickly forged a friendship and linked up again to begin work on a full-length. This is the essential product of that grind.
The project is the latest in a streak from Shordie Shordie, who’s establishing himself as one of the hardest working rappers in the game. Alongside Murda, one of the best young producers this generation has to offer, Shordie creates a glowing document of love and loss describing his journey after escaping the streets. Memory Lane comes on the heels of the release of “LOVE” (an infectious anthem with Trippie Redd) where sincerity and introspection are sung throughout. Murda’s expertly layered R&B production provides the backdrop for Shordie to slide in and out of pockets that are equal parts mesmerizing and unpredictable.
Shordie Shordie and Murda Beatz have kept fans captivated in the run-up to Memory Lane, teasing the project with “LOVE,” “Good Evening,” and “DOCTORS.” For both artists, Memory Lane follows a monumental 2020 too. Shordie released his >Music mixtape, which garnered over half a billion streams across platforms, plus acclaim from Pitchfork, The FADER, Complex, XXL, and more. Murda, meanwhile, produced the Doja Cat-featuring “motive” for Ariana Grande’s Positions, which debuted at #1 on iTunes’ Top Albums chart. He also lent his talents to several tracks on Lil Baby’s #1 album My Turn and Lil Wayne’s Funeral, as well as songs for Teyana Taylor, Ty Dolla $ign, and PARTYNEXTDOOR. Additionally, he released his own singles, “Doors Unlocked” with Polo G and Ty Dolla $ign, and “Banana Split” with YNW Melly and Lil Durk. This run recently helped earn him a spot on Forbes “30 Under 30” list. On top of all of the accomplishments both artists have garnered, Memory Lane is an achievement in its own right and the sort of project that shows neither artist is planning on stopping anytime soon.
ABOUT SHORDIE SHORDIE:
Shordie Shordie asserts himself as >Music, and he gives the culture everything he’s got. >Music is Shordie’s first mixtape since his lauded debut, Captain Hook, the project that features his RIAA platinum-certified breakout track “Bitchuary (Betchua),” which has generated over 300 million streams and established him as one of the most exciting artists to emerge from Baltimore, Maryland and the greater DMV area. With a style unique unto his own, Shordie Shordie has cultivated and mobilized a fervent fan base globally. With a relentless work ethic and prolific output since he arrived on the scene, Shordie has garnered media attention from XXL, The FADER, Complex, HotNewHipHop, Flaunt Magazine and many more.
ABOUT MURDA BEATZ:

Following the success of the last few years, which saw him produce Drake’s record-breaking “Nice For What,” the Migos super track “MotorSport” with Nicki Minaj & Cardi B and then Saweetie’s viral hit “ICY,” Murda Beatz has taken hip-hop by storm. A resume that includes production credits on eight GRAMMY®-nominated albums (six in one year) and over 20 Billboard #1 albums. Alongside his work with chart-topping artists, Murda has released two solo projects – 2016’s Keep God First, and 2018’s Bless Yo Trap with rapper Smokepurpp. He is growing his brand exponentially into sectors such as DJing and gaming. To add to his extensive resume, Murda has graced the covers of Numero Berlin, Sniffers and Status Magazine and has been featured in publications from The New York Times and Forbes to Highsnobiety, Entertainment Weekly, Paper Magazine, Schön Magazine and many more. With more singles as an artist dropping in 2021, Murda is primed to continue his winning-streak this year and far beyond.