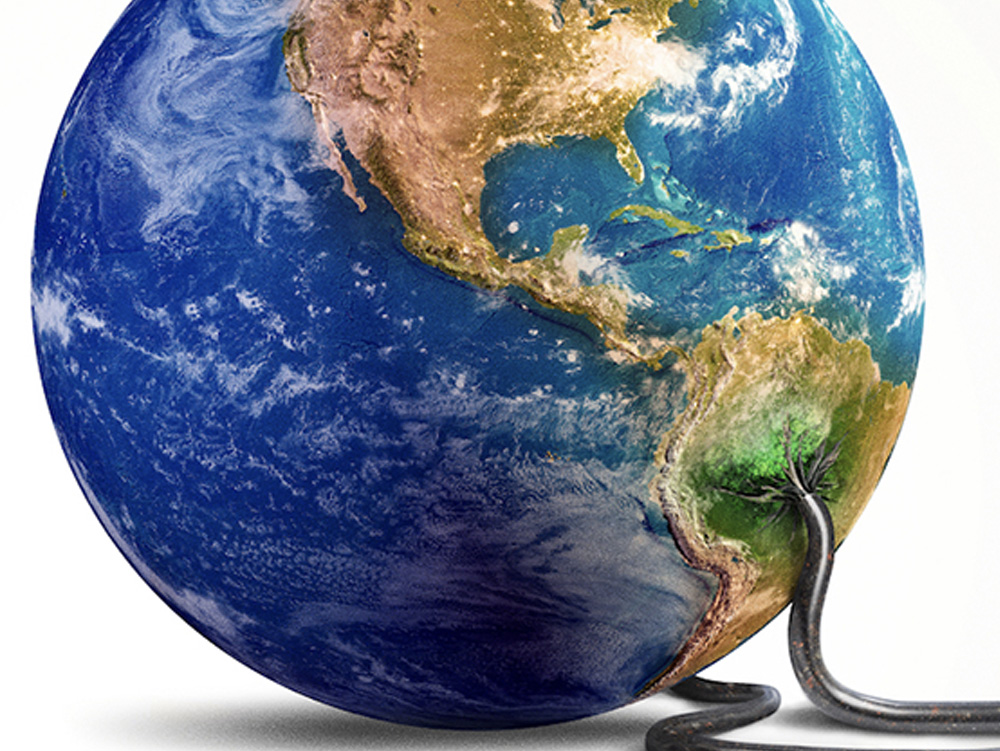 Our planet is dying. Everyone has to become eco-friendly. If people don’t take action now, we are all going to die. You don’t care about your planet!……Sounds familiar?

Unfortunately, our ecosystem is degrading and our planet needs our help. What most don’t realize is that it doesn’t have to be a negative process. Rob Herring, Ryan Wirick, and Rosario Dawson are here to show us that saving our planet shouldn’t be looked at as a burden, but rather an obstacle that we need to overcome in UNITY. As they follow the journey of three solution innovators, the documentarians have spent the last five years filming a story which will highlight the importance of SOIL. With only 60 years of farmable soil left, audiences around the world will discover why it is crucial to save and how people have already begun the process! 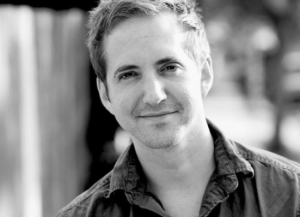 We got to sit down with Rob Herring, one of the founders, who shared some more insight behind their upcoming film The Need to GROW. The film will be released digitally on October 10th and will be free to watch from its release until October 15th.

Having worked in food activism and food politics for a few years, Herring had grown accustomed to raising awareness about things that are wrong in our food system. What he noticed during that time was how stressed out his co-workers were and how burnt out they were getting. They spent a lot of their time blaming others and being angry about the issues surrounding our food. It was during that time that he realized he had to find a way to get to people without causing more stress: so why not make a documentary? Herring spoke of Paul Hawken’s view on climate change which revolves around the idea that climate change can’t be fought. As a society, we need to be focusing on healing ecosystems, our relationship with nature, and becoming more connected. That work would create transition. An approach Herring connected with which brought him to the decision of producing this film and focusing on an idea his friend Jeffery Smith calls “sustainable activism.” 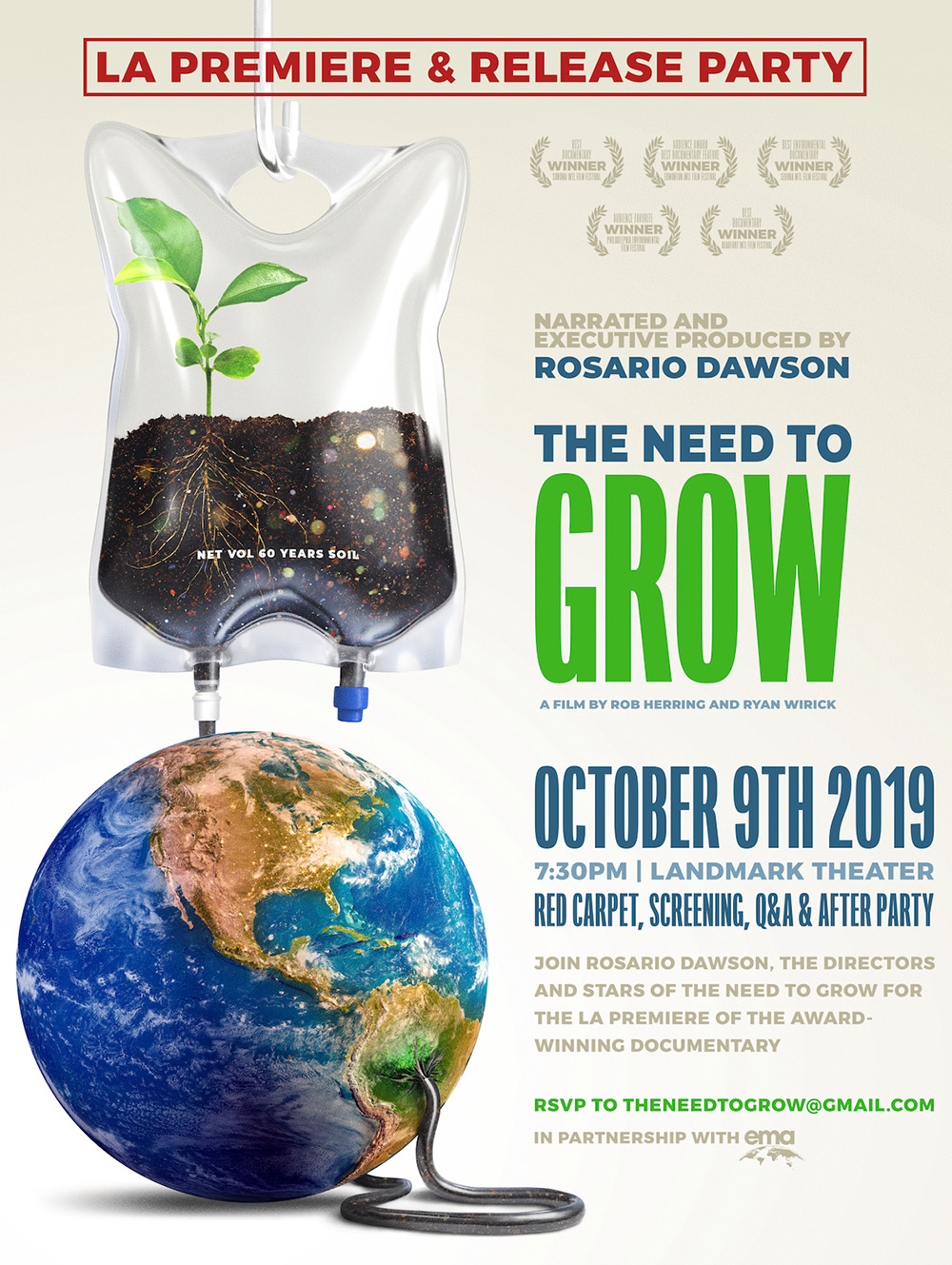 As this is a topic about our planet earth–something many tend to cower away from– we were curious whether or not anyone tried to stop the making of this film: luckily, no one did. Herring and Wirick were very “low-key” about their project and if anyone heard of it, they would try to help in any way they could: “Clubs, non profits, and companies were trying to participate in healing the planet and helping us find the right people to talk to,” excitedly shares Herring. As everyone came together, this created a great opportunity for upcoming filmmakers. Everything fell into place: it was meant to be.

As Herring shares: “I think the film kind of told us what we needed to tell a story and I think there was some sort of synchronicity that was lining up with the types of folks we we’re getting connected with.” City after city, they were meeting activists, solution innovators, people who worked well on camera. Some of the connections they made became a three to four-year relationship in which the cast and crew spent every moment together. They all represent different scales of solutions and all have a significant setback or struggle that we felt was a very important piece of the story to represent where we are as human beings and how we are faced with the impossible task to heal this planet. Unfortunately, not all stories could be kept in the final cut…As Herring sadly expresses: “People we had followed for 3 years, we had to cut out of the film and to be honest that was the hardest decision we had to make. Having to face the reality that we couldn’t do any justice to the stories we tried to keep.”

Despite having to make one of the hardest decisions ever, the creators of The Need to GROW were lucky enough to have the movie unravel itself in front of their eyes with all pieces connecting rapidly. Herring lit up as he shared with us one of the best moments they experienced filming: “As a documentary filmmaker, there is no greater joy than witnessing something in your viewfinder that you know is going to make it to the final cut.” They were following one of the main character’s, Eric, to Montana where he was meeting with Michael Smith at the Green Power House. Smith invented a soil regenerating technology which would change our world as we know it. Knowing deep in their gut that this was crucial to their story–when they were just at the beginning of the filming process–was truly a magical experience. 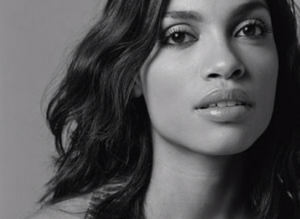 Now, to ensure the film has a strong impact, Herring explained how a female narrator was needed for this film: “We believe a feminine energy is what is necessary to lead actual healing of the planet: there’s a reason it’s called “mother earth.”’ Passionate about the issue, educated on soil regeneration/ agricultural solutions, and an activist herself: Rosario Dawson was the perfect fit. As Herring shares: “I always call her an eco-warrior cause she represents everything our characters represent.” Furthermore, the actress and activist uses her platform to promote change and take a stand against the harm we are causing our planet.

The Need to GROW is a film which aims to bring awareness to soil regeneration and to do so by showing its audience that it is easy to be part of the movement. “We hope there is a more powerful connection to inspire people to see examples of what others are doing and to also see themselves in the characters that are on screen.” Herring passionately shares. “We hope to offer a chance to the audience to think: ‘Hey, I can do that.'” It doesn’t all have to be doom and gloom and especially not a blaming contest. On the contrary, what is crucial is that people bring up the conversation of food/soil because we don’t realize that it is one of our most important sources of energy! As Herring urgently expresses: “Food is energy. It is not a metaphor, it is literally the energy that powers the human race and therefore the most important of our energies.”

As audience members watch the film, The Need to GROW, it is important that they remember they each play an important role in the healing of our planet and that there is no need to despair as changes are being made every day. Looking back five years when they first started filming, the filmmakers explain how they have seen positive growth and change since: “Almost no one mainstream was talking about soil health as a solution to regenerating the planet and already it’s becoming more and more talked about. We are seeing it mentioned by political candidates, major news outlets writing stories that has titles about soil as solution to climate change.” People are reducing toxic load, providing more fresh nutrients as food as nature intended, and drawing down carbon among many other changes.

Environmental enthusiast or not, The Need to GROW will open your eyes to a whole new world and perspective to saving our planet. And for those of you who think there is no hope, think again! As Herring affirms: “Yes. Absolutely. 100%. It is happening. Truth has a way of rising to the top. It will inevitably happen and it already is.”