Warner Bros. Will Release Every Movie For 2021 on HBO Max The Same Day 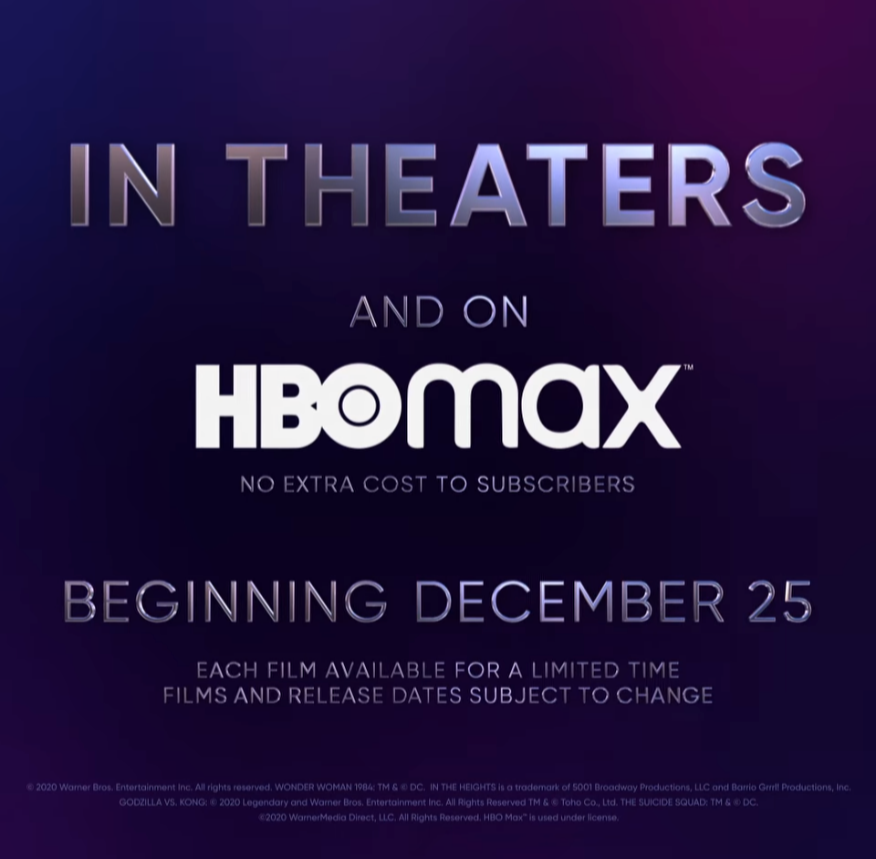 In an effort to somewhat recover from the financial bind that the coronavirus has placed on a great majority of the world, Warner Bros. – one of the five major film studios based in Los Angeles, California, has decided to simultaneously release every feature film set to be released in 2021, to their streaming service, HBO Max.

The films will be available to stream as soon as they are released in theatres, but subscribers will have just 31 days to view the film, before it returns to theatres only.

Here is a complete list of the 17 films that will be available for HBO Max users at the same day they are released in theatres, starting with Wonder Woman 1984 on Christmas Day this year (2020):

The Many Saints of Newark – March 12

The Conjuring: The Devil Made Me Do It – June 4

Judas and the Black Messiah – TBA

Those Who Wish Me Dead – TBA