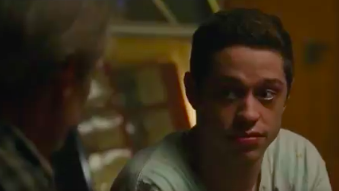 Pete Davidson is no stranger to airing out his personal life in front of a large audience, and this time, the Saturday Night Live cast member has connected with director and filmmaker Judd Apatow, to deliver a semi-autobiographical tale about the comedian’s life as a young adult titled, The King of Staten Island.

The film centers around a young man by the name of Scott Ready (Pete Davidson), who is currently grieving from the death of his father. As he grapples with this, he must also accept that the stable relationships he once had with his mother and sister are changing as well. His sister is moving on to college, and his mother starts to date a new man–who mimics his deceased father in almost every way. This forces Davidson’s character to revisit past trauma, in order to move forward from the current struggles he faces in his present.

Make sure to catch The King of Staten Island this June 12, on services such as Google Play, Amazon Prime Video, as well as Apple TV.