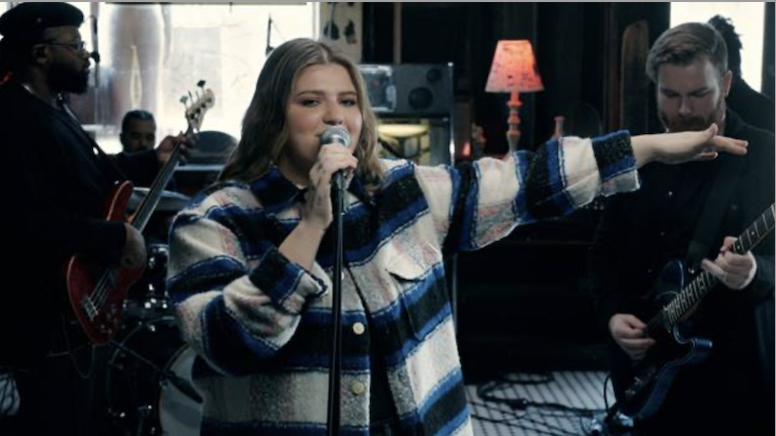 Today, Grammy-winning singer/songwriter/arranger/producer Yebba releases a live version of her current single “Boomerang” along with a performance video.

Filmed in Memphis, the live  video was shot by award-winning photographer & director Francesco Carroziniwho lensed all the music videos for her debut album Dawn  including  “Boomerang,” “October Sky,” and ”“Louie Bag” feat. Smino.

The 26 year old soul singer, songwriter, arranger grew up singing and listening to gospel music, along with arranging and music directing choirs in her hometown of West Memphis, Arkansas. She released her breakthrough video for “My Mind” in 2016. Soon after, she released her first single “Evergreen,” instantly captivating a passionate fan base leading to support and collaborations, including her 2019 Grammy-winning performance with PJ Morton on “How Deep Is Your Love.” This collaboration resulted in her first GRAMMY award for Best Traditional R&B Performance.

Her critically acclaimed debut album Dawn was released in September 2021. Dawn has dual meaning — Dawn is the name of Yebba’s mother who she lost to suicide. Dawn also refers to the first glimpse of light in the sky after the darkness of night, offering a radiant sense of possibility with her debut album.

Yebba has been a go to collaborator for a-list musical talent. She has performed and collaborated with A Tribe Called Quest (“Melatonin”), Stormzy (“Heavy Is The Head”), Ed Sheeran (“Best Part of Me”), The Robert Glasper Experience (“Fuck Yo Feelings”), Mumford and Sons (“Beloved”),Sam Smith ( “No Peace”), Chance The Rapper(“Same Drugs”), and was the featured vocalist on three tracks from Mark Ronson’s latest studio album Late Night Feelings (“Don’t Leave Me Lonely,” “Knock Knock Knock” and“When U Went Away.”) This year,  she collaborated with Lucky Daye’s  “How Much Can A Heart Take” and onDrake’s just-released album Certified Lover Boy on “Yebba’s Heartbreak.”