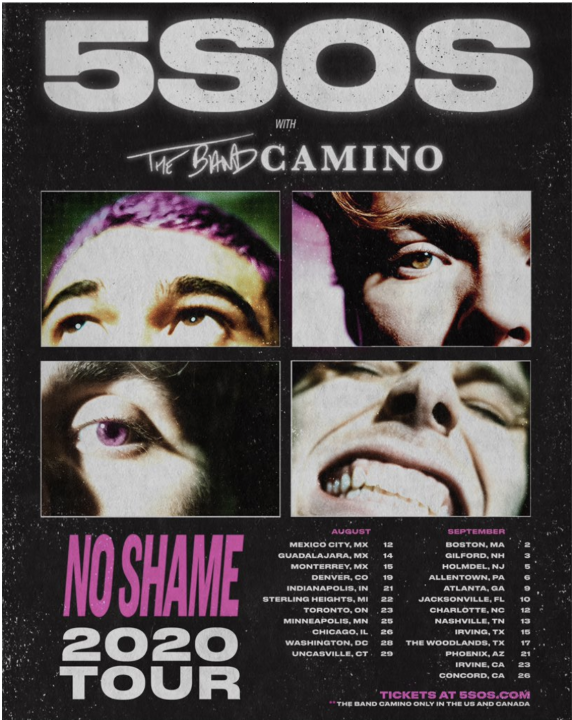 The tour will feature opening act ‘The Band Camino’ and will kick off August 12th in Mexico City. Calum Hood shared his excitement for the tour to start on twitter. He tweeted out a promotional video for the tour and captioned it, “What more could you possibly want in one night”.

The tour will be in support of the band’s upcoming album, which doesn’t have a title yet. A physical copy of the album will come with each ticket.

Tickets are available at 5sos.com starting on February 7.