Be Careful What You Buy- ‘Broken’ On Netflix 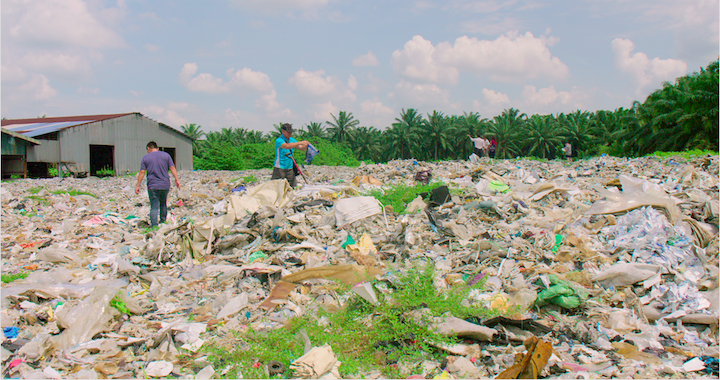 Netflix’s new docuseries, “Broken,” will have you scared (and scarred). The four part series will go into the depths of large consumer industries and the corruption and unethical behavior that takes place. If you’ve ever watched Food, Inc. or any other documentary on how meat is produced, you probably considered going vegan. Prepare to feel the same about makeup, furniture, vaping, and even recycling after watching “Broken.”

The booming makeup industry is seeing the highest demand for new products its ever seen. With products selling out fast and scarce limited editions, there’s a new space in the market for counterfeit goods. The knockoffs can be extremely harmful and produced in unsanitary conditions using from lead to horse urine and other disgusting, toxic ingredients. This episode will definitely convince you not to buy that Kylie LipKit off of Ebay…unless you want your lips to get stuck together. The vaping episode focuses on how Juul’s marketing techniques have created an epidemic in youth America. Our lack of regulations has actually addicted a new generation to nicotine, a generation which should have been saved due to scientific evidence about its harmful effects.

Furniture is something we don’t often think about to be harmful, but in fact, faulty furniture sends someone to the hospital every half hour in America. Learn about how Ikea has contributed to these dangers, and their secret past in illegal logging practices. The episode on plastic is eye-opening to the negative impacts of the recycling industry on Asia. An industry that we trusted to be making the planet a better place, is actually hiding corruption and violence. For more astonishing, hidden secrets, watch “Broken” on Netflix.