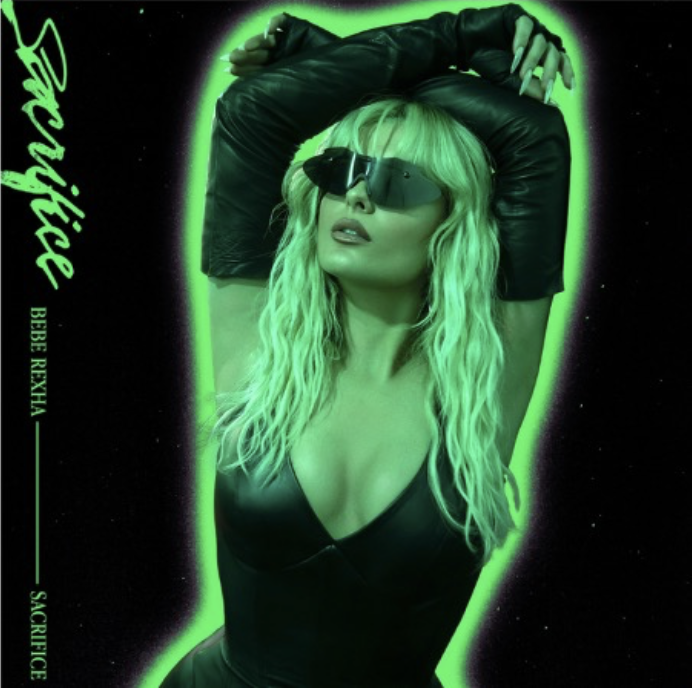 After building anticipation for her next move and on the heels of stormy track “Baby, I’m Jealous” [feat. Doja Cat], Diamond-certified, Grammy®-nominated, global superstar Bebe Rexha unleashes a high-energy new single and music video entitled “Sacrifice.” The broadcast premiere of the “Sacrifice” music video is on MTV Live, mtvU and the Viacom Times Square billboard today. Get it HERE via Warner Records. Watch the music video HERE.
The song is impacting Top 40 radio now, and it sets the stage for her anticipated sophomore album and first full-length since 2018’s chart-topping platinum-certified Expectations. The album arrives very soon, but she had the following to say about it.
Bebe shared, “My sophomore album is by far the most challenging yet fulfilling project I have ever worked on. I wrote, recorded, re-wrote, re-recorded and then repeated that process in order to deliver an album that truly reflects who I am as a singer, songwriter and most importantly as an artist. I want to give listeners a journey of pop paradise fused with elements of rock and hip-hop. It’s important to me that my music continues to recognize ongoing themes of vulnerability, the cycle of self-destruction & self-realization, and female empowerment.”
She welcomes everyone to this pop paradise with “Sacrifice,” and with the accompanying video directed by Christian Breslauer (Roddy Ricch’s “The Box”), including appearances by influencers Nava Rose, Guetcha and Princess Gollum. On the track written by Bebe, a shimmering solo vocal gives way to a glossy piano crescendo and a handclap-driven call to the dancefloor. The slick bass line and neon keys strut towards a starry-eyed refrain as she urges, “Tell me what you’ll sacrifice.” Presenting the kind of brilliant and boundless bop that could light up either the club or the Coachella Main Stage, she shines bolder and brighter than ever.
Bebe initially teased this chapter with the 2020 single “Baby, I’m Jealous” [feat. Doja Cat]. It already has eclipsed 55 million Spotify streams and 50 million views on the blockbuster music video. Earlier this year, Bebe and Martin Garrix officially joined Spotify’s One Billion streams club as their hit song “In The Name of Love” surpassed one billion streams on the platform.
With her show-stopping voice and straight-from-the-heart lyricism, Bebe has emerged as pop’s most dynamic, diverse, and disruptive outlier on her own terms. Her vocals and pen powered the RIAA Diamond-certified (10x Platinum) crossover mega-smash “Meant To Be” with Florida Georgia Line. Beyond over a dozen platinum singles and collaborations, Bebe’s 2018 debut, Expectations, reached platinum status and spawned two platinum singles—“I’m A Mess” and “I Got You.” Writing at a prolific pace and pushing herself with every subsequent song, she’s sacrificed to get to the forefront of pop—and she’s going to continue to reign there with her new album.
Get ready. Bebe’s back!
ABOUT BEBE REXHA:
Diamond-selling and two-time Grammy®-nominated New York City native Bebe Rexha is a musical force to be reckoned with. Her RIAA Platinum-certified debut album Expectations (released June 2018 on Warner Records) contained the Platinum single “I’m a Mess” and global chart-topping smash “Meant to Be” (featuring Florida Georgia Line), now RIAA Certified Diamond. “Meant to Be” held the #1 spot on the Billboard Hot Country Songs chart for a record-setting 50 straight weeks, the longest reign ever by a female lead artist, and won Top Country Song at the 2019 Billboard Music Awards and Best Collaboration at the 2018 iHeart Radio Music Awards. It was subsequently nominated for Best Country Duo/Group Performance at the 61st annual Grammy Awards® in February 2019, where Bebe was also nominated for Best New Artist.
Early in her career, Bebe won the National Academy of Recording Arts and Sciences’ Best Teen Songwriter Award, and then formally burst onto the scene when she wrote “The Monster,” a worldwide hit for Eminem and Rihanna that was certified 6x Platinum by the RIAA. Bebe went on to co-write and carry the instantly recognizable hook for the 3x Platinum “Hey Mama,” by David Guetta, which was nominated for a Billboard Music Award for Top Dance/Electronic Song. Bebe also hit #1 on the Billboard Pop and Rap charts with her 5x Platinum “Me, Myself & I” with G-Eazy. In 2017, Bebe released the critically acclaimed EPs, All Your Fault: Part 1 (with the Platinum single “I Got You”), and All Your Fault: Part 2 (with “Meant to Be”). In conjunction with Grammy® Week 2019, Bebe launched the Grammy® Music Education Coalition’s (GMEC) national campaign on behalf of its new All-Star Ambassador program, whose members also include Luis Fonsi, Rita Ora, Kristin Chenoweth, Regina Spektor and others. In October 2020, Bebe released her lead single, “Baby, I’m Jealous” feat. Doja Cat, which was followed in March 2021 with “Sacrifice,” her second single from her forthcoming Spring 2021 new album.  To date, Bebe has amassed over 4 billion YouTube views and over 12 billion total global streams and counting.