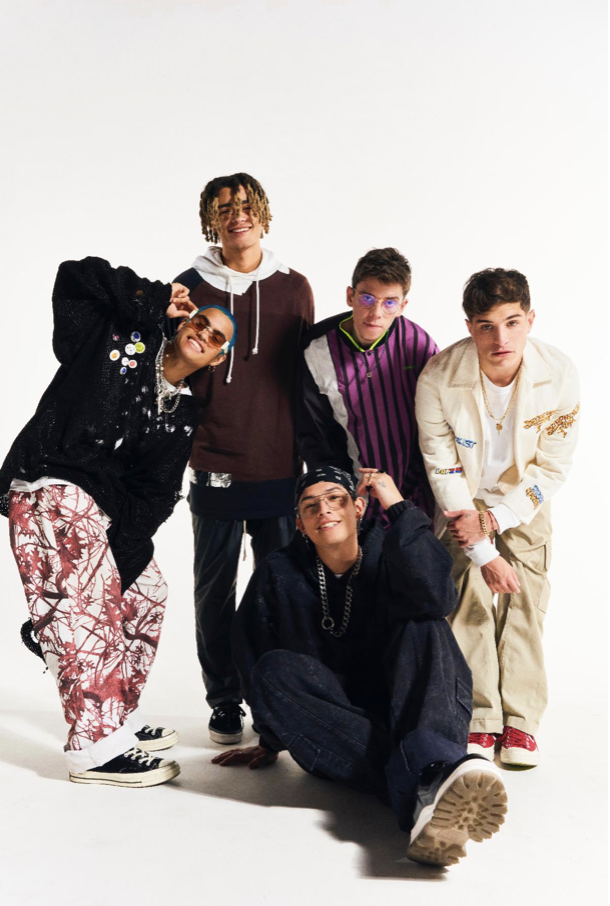 PRETTYMUCH SHARE NEW VIDEO FOR “CORPUS CHRISTI”
WATCH HERE
PERFORMING ON GOOD MORNING AMERICA ON MARCH 16
SMACKABLES (DELUXE) OUT NOW TO CRITICAL ACCLAIM
PRETTYMUCH unveila vibey new video for “Corpus Christi,” fresh off the release of their critically-acclaimed EPSmackables (Deluxe). The new Boni Mata-directed video [Solange, Julia Michaels] completes the band’s streak of accompanying videos for each track on the six-song collection, including“Lonely,” “Free,” “Parking Spot,” “Stars,” and most recently, “Smackables.”
Next Tuesday, March 16, PRETTYMUCH will treat fans to a performance of their hit single “Stars” on Good Morning America, marking their first television performance since 2018. Tune in on ABC at 7:00am ET / PT!
More about PRETTYMUCH:

PRETTYMUCH—comprised of Brandon Arreaga, Edwin Honoret, Zion Kuwonu, Nick Mara, and Austin Porter—have been hustling since their inception. Early singles like “Would You Mind” and “Summer On You” got them noticed by popheads and critics; later projects, like last year’s Phases and INTL:EP, helped them achieve liftoff, building on their strong musical roots as they worked their way to the top. To date, the band have accumulated more than 1 billion audio and video streams, with a combined social following of 6.3 million. They have sold out two headline tours and opened for Khalid, and were named Artists to Watch by Rolling Stone, MTV, Los Angeles Times, with Billboardhonoring them in their “21 Under 21” list three years in a row. They were nominated as Best Boy Band at the 2018 iHeartRadio Music Awards, Best PUSH Artist of the Year at the 2018 MTV’s Video Music Awards and Best Group at the 2019 MTV’s Video Music Awards, and most recently, Choice Music Group at the Teen Choice Awards 2019. Their television performances include The Late Late Show with James Corden, Good Morning America, Fox’s A Christmas Story special, the 2017 Teen Choice Awards, and the 2018 MTV VMAs, and they have partnered with A-list brands such as Puma, Kellogg’s Frosted Flakes, Moncler, FujiFilm, Hollister, and more.