Eris Baker x “This Is Us” Final Season (NBC) 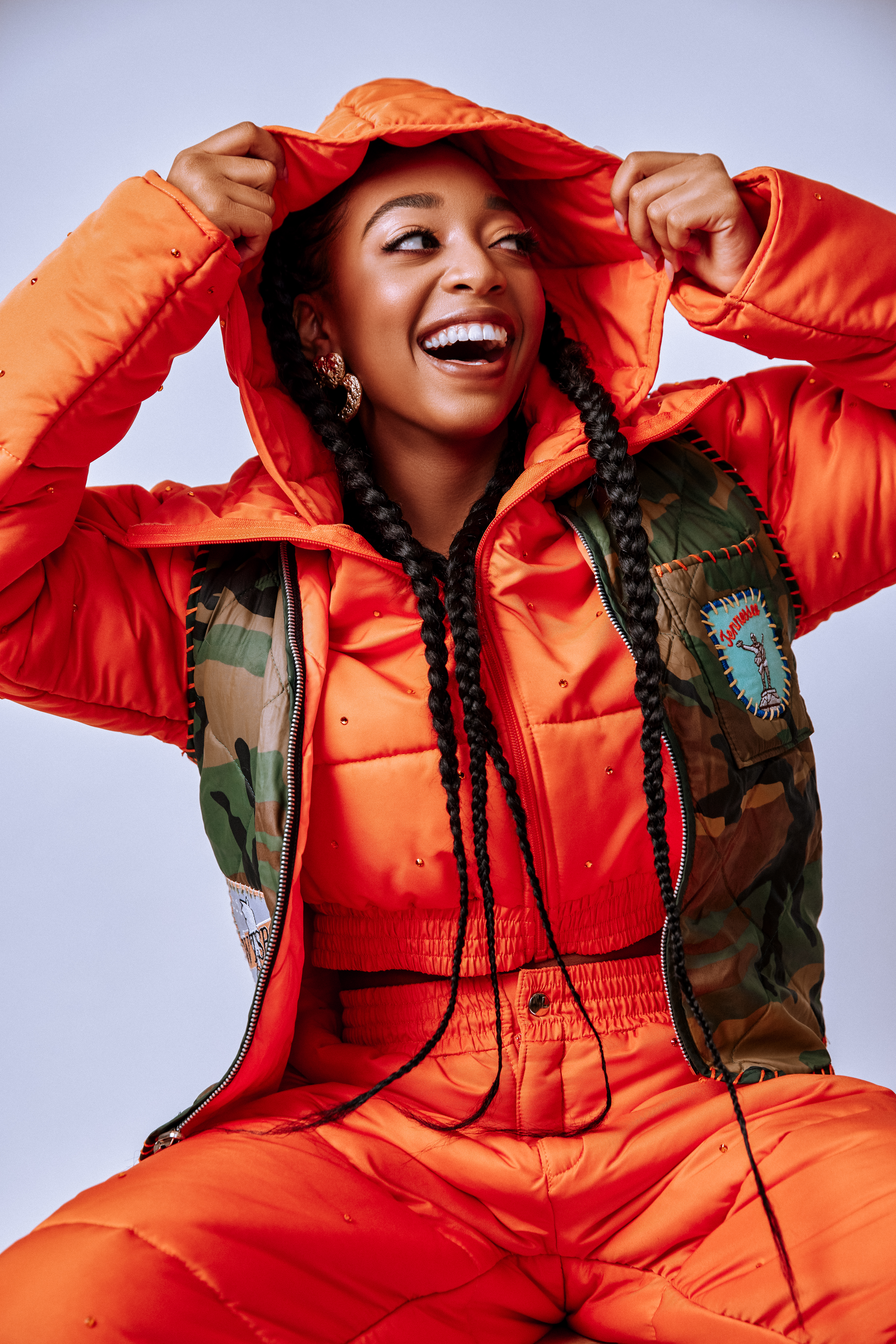 Eris Baker can be seen starring in the sixth and final season of NBC’s critically acclaimed, award-winning series “This Is Us,” alongside Sterling K. Brown, Mandy Moore, Justin Hartley, and Chrissy Metz. Created by Dan Fogelman, “This Is Us” has been hailed as a broadcast television breakout and Eris wows her audience with her incredible performance! Mixing fashion and acting, the beautiful actress is on the rise!

Being part of such a successful show, what was your main goal when you started?

I was pretty nervous when I started. I was 10 years old and on this giant production- nothing I’ve ever experienced. I think my main goal was just to play Tess to the best of my ability and know my lines.

How did your character grow? What was the hardest part of getting into character?

Tess’ transition into being a more confident and comfortable version of herself is one of the reasons why I love her so much. She was uncomfortable because she didn’t know who she was or how she wanted to express herself however she made a transition into becoming ‘Tess’ she decided to come out to her family, she got into her first relationship, she started questioning relationships in her household. Everything started to change. I believe the hardest part of getting into character was probably to get out of my head. I would overthink A LOT about Tess in every scene – still do- my anxiety just takes over a lot since I want to make sure I’m representing her right.

On set, what do you feel you brought to the table? What did you learn?

I think I brought a lot of questions. I want to absorb as much as I can on set. I learned so much. One of my favorite directors on the show is Ken Olin. I’ve been working with him since the beginning. He’s taught me that less is more in certain scenes. Simplicity will take you so far and will you give you the same/even stronger impact as taking a scene to a 10, when you can do a 5. That has stayed with me since.

As a young actor, what do you believe is your “secret weapon” in the industry?

My secret weapon? That’s an interesting question. I mean every actor is different. You give a scene to 10 actors, you’re getting 10 completely different scenes. I might not necessarily know my ‘secret weapon’ but I know that I just bring my own individuality, because nobody acts the same.

What role do you play in your family?

I’m the eldest of 4 so I think just the responsible teenager/role model for my sisters in the house? I’m also just the funniest in my family. Living with 6 people can be very tense and you need a comedian.

Who was your greatest role model?

God is my greatest role model. I only want to be a representation of his word.

If you could be anyone for a day, who would you be and why?

My dog Dre. He lives a very nice and care-free life. He’s spoiled and has no worries- I’d love to trade places with him.

Share with us a story from a time you failed and how you overcame it.

This is very recently actually but I got an audition but when I was doing a self-tape nothing was going right and I was overwhelmed. But my mom was there the whole time- she always pushes me to be better. And eventually things started to click. Moral of the story my mom helps me overcome my challenges

Do you feel as though there is a shift in the industry for young women?

Absolutely. For young black women specifically, I’m very happy with the new diversity in film. This is a great start but there’s a lotta work to be getting done. And I’m hoping to be a part of future projects that represent that.

Next I want to branch out into film more. I’m excited to go behind the camera. Writing has always been my first love. To be a part of the writing and production process is definitely what comes next.