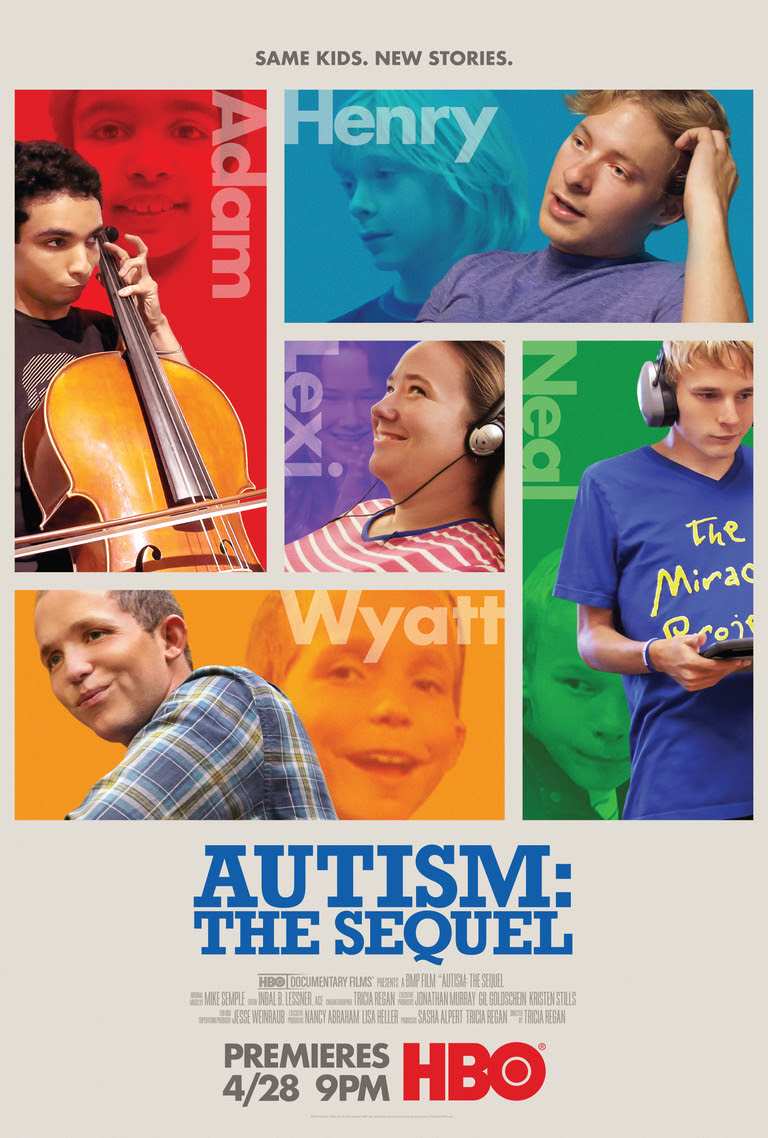 The uplifting documentary short “Autism: The Sequel” revisits the five young adults who were originally featured in HBO’s 2007 Emmy-winning “Autism: The Musical,” a poignant, heartwarming film that followed the subjects as children as they wrote and performed their own musical.

The looming question in everyone’s mind at that time was, “what will happen to these kids when they grow up?” We find out in the short sequel, as the original subjects, now in their early 20s, navigate what independence means to them and the challenges and triumphs for adults on the autism spectrum.

Weaving together present-day interviews with footage of the subjects and their families shot 12 years ago, “Autism: The Sequel” debuts Tuesday, April 28 exclusively on HBO, in commemoration of National Autism Awareness Month.  The eye-opening 40-minute sequel offers an inside look into the everyday lives of Neal, Wyatt, Lexi, Henry and Adam, young adults with autism and varying abilities – some of whom are thriving in college, while others work towards effective communication and emotional expression.

The film, along with “Autism: The Musical,” will also be available on HBO On Demand, HBO NOW, HBO GO and partners’ streaming platforms. Check out the trailer below.