How Starting My Own Business Saved My Life 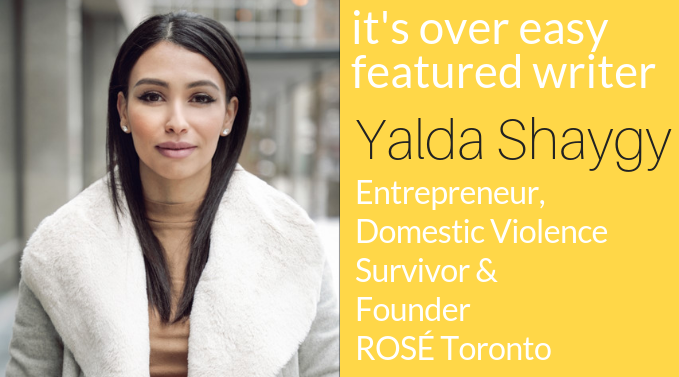 When you hear or suspect someone is a victim of domestic violence, you might wonder, “Why don’t they just leave?” The truth is, they think about leaving all the time. But there are many factors that can hinder that choice. These obstacles can include lack of financial resources, support systems, legal resources, and emotional stability. Often times, it takes something extreme to break through these barriers. Something like starting your own business.

I Was Caught In A Cycle Of Abusive Relationships

As a victim of domestic abuse myself, I know these patterns all too well. You stay under the radar. You suffer in silence because you are ashamed–I always felt ashamed. An abuser conditions you to believe you are worthless, unattractive, and not capable of being loved. “Only this one person could possibly love me,” I thought, “and I should be thankful for that.” An abuser breaks you down and makes you feel small. This is the way they maintain control and assert their dominance. You blame yourself for everything because you have been repeatedly told that everything is your fault. You feel hopeless and helpless, so you stop socializing and alienate yourself.

I was raised by a mentally-ill single mother who was physically and psychologically abusive. We were constantly moving, and living in and out of women’s shelters. This made it difficult to form long-lasting relationships with other kids. Often, I was teased for wearing the same clothes because we were poor. I ended up getting tossed around the foster care system; too old to get adopted, and too young to be on my own, I never found a permanent home. Eventually, I decided to break ties from my mother and become a crown ward (ward of the state). Failed by her and the system, I moved out on my own at the age of sixteen. My desperate need for love and for family set the foundation for the years of abuse ahead.

I was just nineteen when I first met the father of my children—let’s call him Jeff. At that age, his enigmatic charm and dark personality were attractive traits to me. In the beginning, he showered me with gifts and affection. But the so-called “honeymoon stage” was short-lived, and I quickly found out that it wasn’t just a persona—he really was dark. He was also good at identifying people’s vulnerabilities and playing on their insecurities. This is why he chose me. He preyed on my shakey confidence and low self-esteem. I tried to leave our toxic relationship many times, but he was the only stability I knew and the only sense of family I ever had, so I stayed. Anyone that I had loved—including my own father—made me feel like I was hard to love in return, and then abandoned me. I thought that Jeff was all I deserved, because I was the girl with no family.

Motherhood Offered Me A Lifeline

When our first son was born, I experienced unconditional love for the first time in my life. This beautiful human being was dependent on me, and I didn’t want to let him down. But it was evident that Jeff was not done with his partying lifestyle, and I realized I was on my own. He was against me going to school. I applied to a paralegal training program behind his back. My son was only six-months-old when I started the program, and by the last semester I was pregnant with my second. But I pushed through. Before graduating, I was hired by a top-tier personal injury legal firm.

Being Manipulated To Doubt Myself

We moved to a suburban home with our two beautiful children, and started a family business in addition to my work at the law firm. In my mind, everything was falling into place. Unfortunately, Jeff was an alcoholic, and no matter what we accomplished he still resented me. He constantly criticized me and was incredibly paranoid. He would often tell me that I was neglecting my children by going to work. Every morning, I cried on the commute to my job. This intensified my depression and anxiety, making me fall deeper into the darkness. He continued to alienate me from my friends, and would read the messages on my phone when I was asleep. He became so controlling that he asked me to quit my job. He made me feel guilty about leaving our children and not being a good home-maker. Eventually, I started to believe him. I thought if I stayed home, I could become a better mother and the exciting, energetic wife he wanted me to be.

Finding Peace As A Mom And Entrepreneur

While staying home with the kids, I decided to start an Instagram account that was solely dedicated to fashion and beauty products. It was my way of switching focus and channeling my energy into something positive. It was something small that I would look forward to—a distraction from my reality. I had acne and dry skin, so I decided to look around for a product that could help alleviate my symptoms and control my acne. Every makeup tutorial I watched began with a beauty oil being applied before the makeup. This sparked my curiosity.

After some research, I decided I could make a better face oil myself. One that was pure, organic and elegant. The overuse of chemicals is rampant in the skincare industry, so I focused on finding organic and biologically compatible components. It was important for me to create an effective product that was safe and sustainable. But most importantly, the product development gave me a much-needed sense of purpose outside of my abusive relationship. 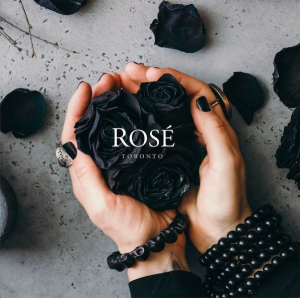 My New Business Gave Me A New Beginning

The gradual progression of my self-image began to aggravate my situation at home. The accumulated criticisms that had been leveled at me were getting replaced by one accomplishment after another. The power shift was upsetting the cycle of abuse, and Jeff slowly lost control over my self-perception and self-esteem.

In a lot of ways, my company, Rosé, saved my life. It helped me see the value in myself, and it showed me my strength. It can be really hard to see the weight of a situation when you’re in it. Ultimately though, it took being physically injured in public for me to finally accept and acknowledge that I needed to leave. Jeff had gone too far. I couldn’t swallow my shame and embarrassment to protect him anymore. I thought about my children. How they would grow up to witness this abuse. How they deserved a mother who is happy and healthy, both physically and mentally. They deserve to see love, so that they can grow into men who treat women with dignity and respect.

I left him. I left with my children and a box of my products, and I never looked back.

Yalda Shaygy is the Founder of Rosé Toronto, the organic beauty oil company based in Canada.  All Rosé products are cruelty free, organic, sustainable, free-trade and locally made. They contain certified organic, plant-based oils, using a cold-pressed extraction method, ensuring that the nutrients are not compromised. Visit Rosé online @ www.rosetoronto.ca and on Instagram @RoseToronto.ca