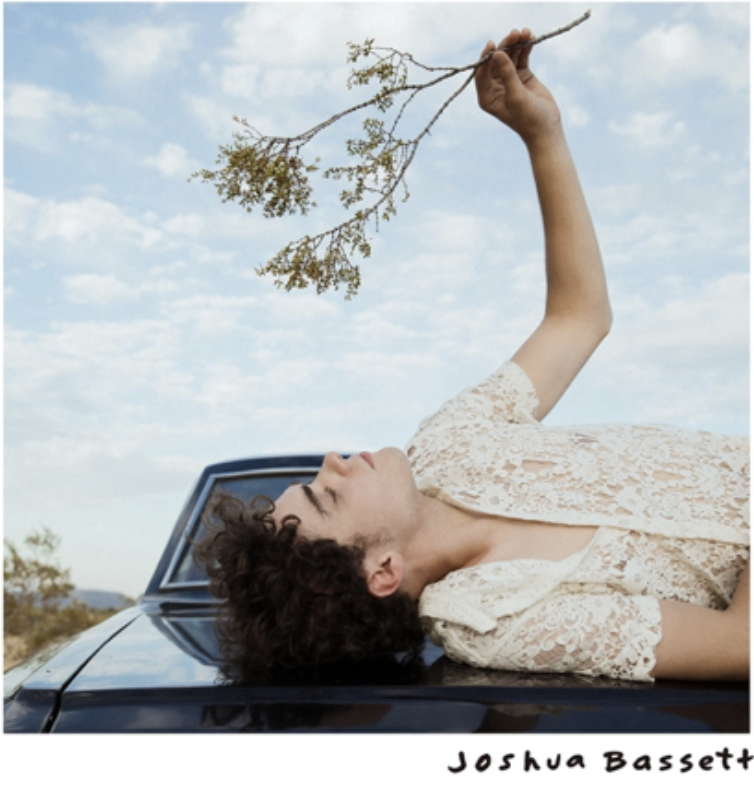 JOSHUA BASSETT RELEASES SELF-TITLED DEBUT EP AND MUSIC VIDEO FOR NEW SINGLE “TELLING MYSELF” – WATCH HERE
NOMINATED AND PRESENTING AT THE NICKELODEON KIDS’ CHOICE AWARDS
PERFORMING ON THE ELLEN DEGENERES SHOW ON MARCH 24TH
ANNOUNCES “A NIGHT WITH JOSHUA BASSETT: A ONE NIGHT ONLY VIRTUAL CONCERT EXPERIENCE” ON APRIL 16TH
After building feverish anticipation and emerging as one of 2021’s most exciting artists to watch, singer-songwriter, multi-instrumentalist, and actor Joshua Bassett releases his anxiously awaited self-titled debut EP on Warner Records—available HERE. To celebrate the release, he just shared the music video for new single “Telling Myself” – watch it HERE.
In addition to releasing the EP this week, Joshua will make an appearance at the 2021 Nickelodeon Kids’ Choice Awards tomorrow, March 13th, where he is nominated for Favorite Male TV Star.  Joshua will also perform a song from his EP on The Ellen DeGeneres Show on March 24th.  Furthermore, Joshua will treat fans to his first ever virtual show, “A Night With Joshua Bassett: A One Night Only Virtual Concert Experience,” on April 16th at 9:00 PM ET / 6:00 PM PT. Performing his songs for the first time with a band, Joshua will showcase his multi-instrumentalist and songwriting prowess. Tickets are on sale now at joshuabassettmerch.com.
About the EP, Joshua said, “My debut EP is a rollercoaster of stories and emotions. It was written over the span of two years, so every song represents a different chapter of my life recently. It’s all about the messiness of relationships, the back and forth of falling into and falling out of love, and how those stories somehow come together into a cohesive chaos.”
The EP opens on the dreamy piano of “Sorry” as twinkling keys give way to his show-stopping delivery. Bass-y piano shuffles underneath the chantable hook, “She said, ‘You’ll be sorry when you left me, cause I’m the best thing that you aren’t ever gonna get again’.” Elsewhere, delicate fingerpicking carries the tender ballad “Do It All Again.” It culminates on the gorgeous “Heaven Is You” where he ignites one last uplifting refrain.
Joshua paved the way for the EP with “Lie Lie Lie” and “Only A Matter of Time” which received wide acclaim and established him as a breakthrough star.  Teen Vogue raved, “‘Lie Lie Lie’ has a 2000s boy band feel in the best way – fun, acoustic, guitar-driven pop,” Elite Daily dubbed it “a total #mood,” and Billboard praised his “pop-rock talent, and ability not to mince words in his music.” The New York Times touted it on “The Playlist,” and Pop Sugar captured the excitement best with the admission, “I can’t wait to hear what other pop hits he has in store for his upcoming EP.”
Taking a moment to give back in a big way, Joshua recently pledged 100% of the proceeds from his merch store to the charity of the buyer’s choosing. Fans who pick up merchandise may pick one of five charities for their money to go to, all of which focus on youth-led movements or organizations led by next generation leaders, including A Long Walk Home, Jack, Teen Line, The Sunrise Movement, and The Young Feminist.  Joshua is also donating 100% of the proceeds of sales of his “Franklin” Build-A-Bear furry friend available at his online merch store to CASA of Los Angeles (CASA/LA).  CASA mobilizes community volunteers to advocate for children and youth who have experienced abuse and neglect. You can learn more about CASA/LA at casala.org.
Joshua Bassett may sing, write, act, and play multiple instruments, but he humbly identifies himself as “just a kid from San Diego who loves music.” Long before starring in the Disney+ original series High School Musical: The Musical: The Series, generating millions of streams, and garnering widespread acclaim, he grew up surrounded by music in the suburb of Oceanside, CA. Described by many as an “old soul,” he played drums in church, taught himself ukulele, guitar, and piano, and wrote his first song for his homecoming date at 15. In addition to being homeschooled alongside his five sisters, he was able to strengthen his voice as a singer and actor in local theater productions. After various television parts on Dirty John, Grey’s Anatomy and more, he landed the lead role of Ricky in High School Musical: The Musical: The Series which premiered in November 2019. Simultaneously, he feverishly wrote music. Inking a deal with Warner Records, he unveiled his solo debut “Common Sense” and follow-up “Anyone Else” in 2020, laying the foundation for his debut EP out now.
TRACKLISTING
1.     Sorry
2.     Do It All Again
3.     Lie Lie Lie
4.     Only A Matter of Time
5.     Telling Myself
6.     Heaven Is You