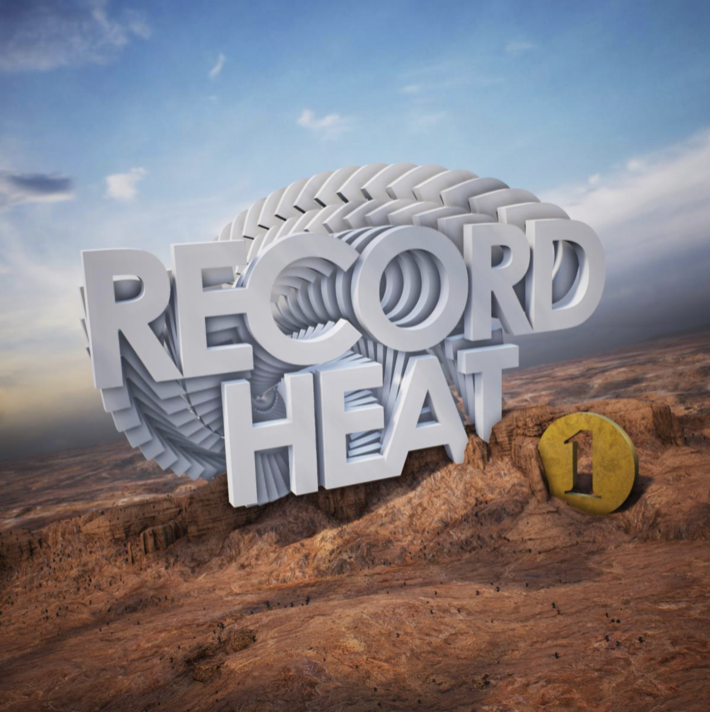 Brooklyn based alt-pop band Record Heat (fka Spirit Animal) have just dropped their new EP, 1, today, March 12th via The Orchard. The three-track EP — featuring new song “Network” co-written with mega-producer, Nolan Lambroza — is available to stream and purchase HERE. Record Heat have also released a limited edition NFT, RECORD HEAT 1, making them one of the first bands to experiment with cryptoart dedicated to bringing fans a unique artistic experience. The band collaborated with LA-based artist and technologist, Jason71, and released the first five editions of the 27-second, 3D animated audio/visual piece via OpenSea. “This is the ‘real’ album art for our EP,” the band explains, “something you can own like a CD or vinyl.”
“Network,” like previous EP tracks “Nathan” and “Just Hits,” addresses the band’s ups and downs in the music business over the past several years. “I heard you had a couple of cuts, but it’s just dumb luck,” frontman Steve Cooper shout-sings over raucous riffs and bounding production.

2019 found Record Heat earning fans so rabid that many got tattoos of the band’s lyrics. Their debut album Born Yesterday had struck a chord and they toured relentlessly behind it, supporting bands as diverse as Fitz & the Tantrums, Incubus, The Struts, and White Reaper. As the record continued to gain traction, the opportunity for a deluxe edition arose, hence REBORN YESTERDAY. All of the other original tracks remained, but two new songs—“HYRD8” and “Arm Candy”—were added, plus a stripped-down acoustic take on the first single “YEAH!” Record Heat has received major attention from a variety of high-profile media outlets, including Consequence of Sound, Entertainment Weekly, The Washington Post, Billboard, Alternative Press, Ones To Watch and Pop Dust. Now the band is ready to bring the heat with the release of their new EP, 1, that’s sure to make fans sweat.