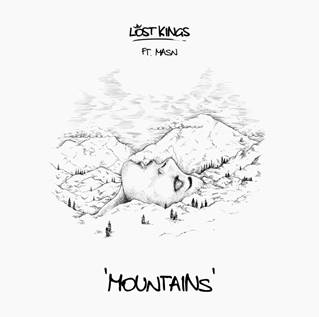 Los Angeles based producers Lost Kings release their new track, “Mountains” ft. artist on the rise MASN via Disruptor Records/RCA Records (listenhere).  The track features Lost Kings signature production sound and will be featured on their upcoming EP It’s Not You.

Over the last couple of months, the guys have released “Hurt” which features DeathbyRomy’s powerful rich vocals as well as their current single “Oops” ft. multiple Grammy-nominated hitmaker Ty Dolla $ign and critically acclaimed recording artist GASHI.  Both tracks have over 5 million streams worldwide and will also be featured on the upcoming EP. 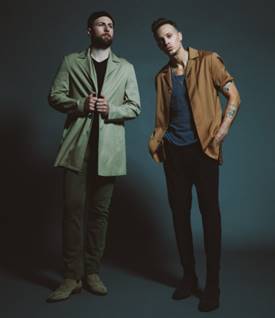 Lost Kings consists of Los Angeles based duo Rob Gainley and Nick Shanholtz. The two have risen up through the ranks of new producer talents gaining over 800 million combined streams worldwide.  In the process, they have released various original music and remixes, released two EP’s, Paper Crowns and Lost Angeles and sold out major markets across the US including New York’s Webster Hall and Chicago’s Bottom Lounge.  The group’s EP’s featured artists from all genres of music including Wiz Khalifa, Ally Brooke, A$AP Ferg, Marc E. Bassy, Loren Gray, Social House, Anna Clendening and more.  After making their mainstage debut at the Life Is Beautiful Festival and playing some of the biggest music festivals across the globe, Lost Kings secured their slot to make their debut at Coachella in 2021.

About MASN
19-year-old Eagle Mountain, Utah native MASN exploded onto the scene last year when his hit single “Psycho!” dropped in January 2019. The track exploded online and had garnered over 100M combined audio and video streams worldwide and over 1.5M TikTok videos. Shortly after he released his track  “Val!um” followed by “Psycho!” feat. Trippie Redd which marked MASN’s first release with RCA Records. German DJs/Producers Topic & B-Case also remixed “Psycho!” check it out HERE. MASN’s expansive creative palette distills into a dreamy melting pot of lo-fi beatcraft, indie experimentation, hip-hop fluidity, and lush pop. He amplifies every side of himself within his songs which can be felt on his debut EP How To Kill A Rockstar which was released earlier this summer and features his singles “Hate Me!” which was featured on Billboard’s “10 Cool New Pop Songs To Get You Through The Week” and Ones To Watch “#NowWatching” playlist and “Fire” which PAPER called “compelling.”  MASN also released the How To Kill A Rockstar documentary which sheds some light on MASN’s creative spirit and musical journey. Watch HERE.