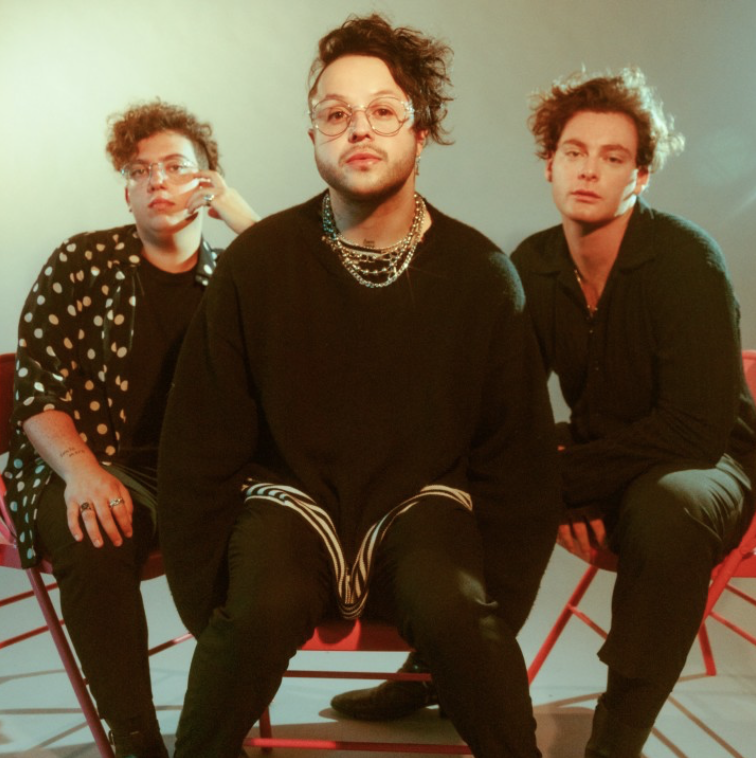 LOVELYTHEBAND AND SIR SLY TEAM UP FOR
CONVERSATIONS WITH LOVERBOY
CO-HEADLINING U.S. TOUR THIS FALL
FEATURING CANNONS AS SPECIAL GUESTS
TICKETS AVAILABLE NOW HERE
Multi-platinum record breaking alt-pop trio, lovelytheband, is excited to announce they will be hitting the road this fall for their 24-date Conversations with Loverboy co-headlining North American tour alongside fellow alt rockers Sir Sly and featuring CANNONS as special guests. Tickets for the nationwide trek — which includes stops in major cities including Los Angeles (The Fonda Theatre, 11/16), New York City (TBA, 12/1), Nashville (Cannery, 12/6), and Austin (Emo’s, 12/13) — are on-sale now via lovelytheband’s official website HERE.
Ahead of their North American co-headlining tour, lovelytheband share, “We are in tears still from announcing a tour! we can’t wait to share a space with fans and friends and get back to doing what we all love to do.”

lovelytheband is riding high from the release of their 2020 sophomore album, conversations with myself about you, that earned the group their third Top 10 radio hit “loneliness for love” as well as Top 20 hit “buzz cut,” which received a remix featuring indie pop band Misterwives. Most recently, the trio joined singer-songwriter Tessa Violet for the collaborative single “Games,” a standout from Violet’s debut album.

lovelytheband consists of vocalist Mitchy Collins, guitarist Jordan Greenwald, and drummer Sam Price. Hailing from Los Angeles, the trio solidified their place in alt music history when they broke Billboard’s Alternative Songs Longevity Record with a total of 76 weeks on the chart, 9 weeks at #1, and over 300 million streams worldwide with their debut hit single, “broken.” The anthem also hit #1 on the Adult Top 40 Chart, #1 on Billboard’s Year End Rock AirPlay Chart, #1 on Billboard’s Year End Alternative AirPlay Chart, #12 at Top 40, #2 on the AAA Chart, #8 on the AC Chart, and #41 on the Billboard Hot 100 Chart. The band has gone on to notch two more Top 10’s on the Billboard Alternative charts, they’ve won an iHeartRadio Music Award for Best New Artist, and have been nominated for multiple Billboard Music Awards. In August 2020, the band released their latest album conversations with myself about you yielding hits like “loneliness for love” and “buzz cut.”