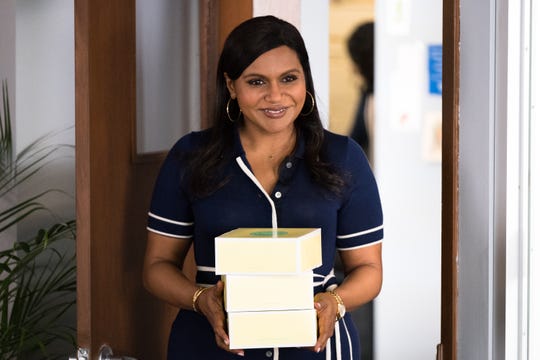 Most women can relate to the feeling that we have to fight to deserve our place in the world- whether it be in the workplace, in the family, and even in an Emmy nomination. Mindy Kaling has recently revealed that the TV Academy tried to cut her from the list of producers on “The Office” when it was nominated for an Emmy about a decade ago. We all remember her as Kelly on the show, but it is lesser known that she served as a writer and producer on its nine season run. The Academy told her that she was cut because there were too many producers on the list.

Mindy was the only woman of color on the team. Feeling singled out and like her deserving recognition was being taken away from her, Mindy had to fill out forms, write an essay, and get recommendations from other writers to prove she should be on the list. A spokesperson for the Academy claimed that Mindy’s allegations were untrue, but she has taken to twitter to make it right. She never planned to share this “humiliation” but she wants to make a statement for other women of color in the business.

This isn’t the first time Mindy’s made a statement like this. In the recent movie Late Night Show, she portrayed a diversity-hire writer for a late night comic. The rest of the writing team is not happy to have her join and she must prove to them that she deserves to be a part of it. In an interview with Elle, she talks about the universal experience of not seeing people like her succeeding. She hopes to be that inspiration for people who need someone to look up to.