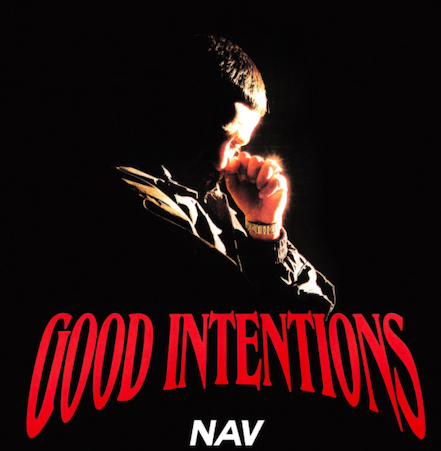 After the release of his trap heavy single ‘Turks’, with fellow rappers Gunna and Travis Scott, the anticipation for NAV’s third studio album was rapidly gaining speed. And on May 8, he released his brand new project, Good Intentions–and it looks as if this time, the Toronto born rapper has recruited some top level backup.

Some of the artists included in the rapper’s latest album are Lil Uzi Vert, Future, Young Thug, Lil Durk, Pop Smoke, and Don Toliver (as well as the already mentioned collaboration with Gunna and Travis Scott).

As usual, NAV delivers a catchy and melodic sound mixed with addicting trap elements that, when combined with his voice, allows us to dive into the rapper’s lifestyle without getting too lost into his thoughts.