The New “Hollywood” Series on Netflix 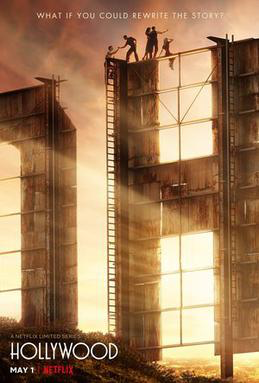 The show, starring Murphya lums including Broadway icon Patti LuPone, Darren Criss, and Dylan McDermott, is described as “follow a group of aspiring actors and filmmakers in post-World War II Hollywood as they try to make it in Tinseltown — no matter the cost.” Starting at the Golden Tip Gas Station, the series looks to be starting out by following Scotty Bowers’ unproven accounts of working in a gas station on Hollywood Boulevard that “serviced” numerous celebrities, many of whom were hiding their sexuality.

Famous Hollywood names like Rock Hudson and Vivien Leigh will also have specific parts, with Hudson (Jake Picking)appearing to be more integrated into the main narrative of the story, apparently aligned with screenwriter Archie Coleman (Jeremy Pope).

The series presents an alternative version of history wherein actors and writers of color are more openly part of the Hollywood studio system. Series director and writer Janet Mock stated: “We turned to the past for direction, uncovering buried history to spin an aspirational tale of what ifs: What if a band of outsiders were given a chance to tell their own story? What if the person with greenlight power was a woman? The screenwriter a black man? What if the heroine was a woman of color? The matinee idol openly gay? And what if they were all invited into the room where the decisions are made, entering fully and unapologetically themselves to leave victorious and vaunted, their place in history cemented.”